2021 is the year I read Andrew Peterson and Brene Brown. There are a fair amount of counseling titles and WWII fiction as well. Top reads have been bolded and italicized. Enjoy!

* Boundaries for Your Soul by Alison Cook and Kimberly Miller

* The Silent Patient by Alex Michalides

* A Tramp for the Lord by Corrie Ten Boom

* From Fear to Freedom by Rose Marie Miller

* The Dance of Deception by Harriet Lerner

* The Four Winds by Kristin Hannah

* The Principles of Pretty Rooms by Phoebe Howard

* Harry Potter and the Sorcerer's Stone by J.K. Rowling (reread)

* The Consequences of Fear by Jacqueline Winspear

* The Gifts of Imperfection by Brene Brown

* Braving the Wilderness by Brene Brown

* On the Edge of the Dark Sea of Darkness: Wingfeather Saga by Andrew Peterson

* North! Or Be Eaten: Wingfeather Saga by Andrew Peterson

* The Monster in the Hallows: Wingfeather Saga by Andrew Peterson

* The Warden and the Wolf King: Wingfeather Saga by Andrew Peterson

* Born a Crime by Trevor Noah

* The Bookshop of Second Chances by Jackie Fraser

* Cheer Up! The Life and Ministry of Jack Miller by Michael A. Graham

* What is a Girl Worth? by Rachel Denhollander

* The Riviera House by Natasha Lester

* The Peacemaker by Ken Sande

* Talking Back to Purity Culture by Rachel Joy Welcher

* In His Image by Jen Wilkin (reread)

* The Winter Guest by Pam Jenoff

* The Light Over London by Julia Kelly

* Three Words for Goodbye by Hazel Gaynor and Heather Webb

Sincerely, Katherine A. No comments:

Top reads for the year have been bolded and italicized. Enjoy!
January

* The Great Alone by Kristin Hannah

* At Home in the World by Tsh Oxenreider

* Harry Potter and the Half-Blood Prince by J.K. Rowling (reread)

* It's Easier to Succeed than to Fail by Truett Cathey

* Broken and Beloved by Sammy Rhodes

* A Year in Provence by Peter Mayle

* Good to Great by Jim Collins

* All We Ever Wanted by Emily Griffin

* The Husband's Secret by Liane Moriarty

Sincerely, Katherine A. No comments: 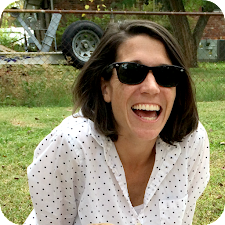 Katherine A.
Welcome to I Don't Have a Clue! Our goal is simple, to obtain real life, God honoring wisdom. We ask dumb questions, learn from mistakes, cling to glorious truths, and openly laugh at ourselves. You in?

Look Around A Bit